2010 started off with high hopes and ended with some major disappointments. I've been contemplating the good, the bad and the ugly lately as I prepare to wish a final farewell to 2010.

My year in review:
In my writing world, 2010 has been the best year ever. It's been a year of amazing growth and achieving the one accomplishment I'd been dreaming about since I was 8 years old - publishing a book. But I'm ready for it to be over and to take on the new year with new challenges and opportunities. 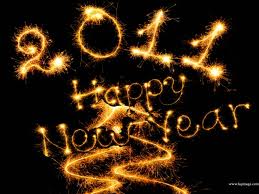