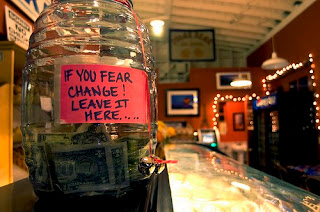 I think I might have switched teams. The other side really seems to be working out better for me now. But I feel so guilty. I see my old team staring at me with mouths open, unable to believe that I would betray them so blatantly.

"Don't leave us! This is the fun side where all the exciting stuff happens! You'll hate it over there - it's so rigid and conforming. You'll miss our chaos, our uncertainty and our passion! You said you'd never leave us again!"

Yes, indeed, I did say that. I said I'd never be a plotter or a planner. I'd always be a pantser. I said planning just doesn't work for me. I said I need the excitement of not knowing what comes next, just like reading a book.

I said all these things based on experience. When I was young and wrote for fun, my stories went nowhere. They were about characters I loved, not anything really happening. Of course, that didn't make a story and I eventually lost interest as a new, shinier character grabbed my attention. Perhaps plotting would have been my answer.

But...when I had to write outlines for my short stories for school, I hated it. I hated having to stick to the outline and knowing exactly what came next. I did finish the stories, though. But only because I had to if I wanted a grade. I knew I just couldn't write that way for fun.

For many years, based on these experiences, I believed fiction writing just wasn't my thing. I didn't think I had a full book in me. In 2002, though, a story idea came to me. A full book, with a beginning, middle and end. I subscribed to Writer's Digest and bought all kinds of books on craft. I began to learn the tricks of novel writing and, following the experts' advice, I wrote an outline for my book idea. Actually, it was more like a synopsis and I thought, "Wow! Good book!" And then I was done. I knew what was going to happen and I lost all interest. I even tried writing a couple scenes and they were good enough to give me confidence that I could write, but the story lost its draw. I gave up again.

Promise and Purpose happened pretty much on accident. I decided I wanted to get back into fiction writing just for fun and the next thing I knew, I'd written 140,000 words. With a lot of rewrites, revisions and polishing, those became what are now my first two published books.

None of it was planned. I just kept writing and the characters told me what happened. I'd never been so passionate and absorbed in anything. The way everything came together felt like magic. So, I thought, "That's the secret! Don't plan and plot. Just let the story unfold on its own." It worked so well and fit right in with my love for character-driven stories.

So I've been terrified of planning and plotting. I had to do some for the entire series just so I could figure out the build to the climactic scene in the last book. I created some basic outlines, then I opened up Book 3 to finish writing it. And I struggled. I just couldn't get into it. And I panicked. Did the little bit of planning totally screw me up and ruin everything? I wondered. I couldn't let that happen! I had a series to finish.

I kept fighting myself about what I'd already written a year ago (about half the book!) - Did I keep it? Did it fit with the plans for the rest of the series or did I need to start over? I ditched it. I brought it back. I tweaked it. Then I finally realized that I wouldn't know how it fit until I finished the book. But I couldn't finish the book because I didn't know if what already happened was really going to happen. Does that make any sense?

Anyway, I did the unthinkable. I wrote a 9-page synopsis, chapter-by-chapter. Beginning to end. I knew pretty much everything that would happen. I told myself nobody else had to see it and the characters could change things however they wanted to, that they would tell me the real story, but this at least gave me some kind of direction to keep me moving.

Holy guacamole! It's worked! And I haven't lost interest. In fact, Alexis and the others have thrown me some extra scenes that are absolutely necessary, but aren't in the synopsis. So the excitement of the unknown is still there. The passion has returned. It's kind of like guessing what's going to happen in a book you're reading, but wanting to know how it's going to happen.

So, at least for Book 3, I'm a plotter and a planner. They say every author is different in how they write. I've also heard every book is different in how it's written, even for the same author. What works for one book doesn't always work for the next and if our past ways aren't doing the trick, we need to try something new.

I'm sorry, Team Pantsers, but I've crossed the line to the other side. I may be back, though. There are lots more books to write.
Posted by Kristie Cook at 10:31 AM